It stands to reason that the Age of Aquarius would bring changes in all areas of life, including the time-honored traditions of the teacher/student relationship. Perhaps especially in this area, since Aquarius represents a major course-correction in all things authoritative. Yes, authority is the issue. Specifically, it is the usurpation of authority by any person who takes on the authority of God as if it were his own. Sure, you have to step into those shoes if you want to be effective in the world. But, if and when you forget that it is God’s authority and not yours, you will become, and I mean this in all sincerity, an insufferable pain in the ass.

Here is the new law about the teacher/student relationship. It’s not a rule, but a principle. And it’s not new, strictly speaking, because it’s always been in play. It’s new in the sense that it can no longer be ignored. Here it is:

Teachers learn from their students.

Now, if this seems like something you knew already, well…of course you knew it already. But what you may not have known is that the student doesn’t know it. And this is where the playing field is changing. Every teacher/student relationship in the past has been based on the contract of “I will teach, and you will learn.” This is straightforward enough, and every teacher has taken comfort in its simplicity. The problem is that it’s an entirely up-down affair. It is hierarchical—linear—with no room for feedback or the living system that feedback provides. The new contract, which both parties must enter into with eyes wide open, is “We will learn together.” 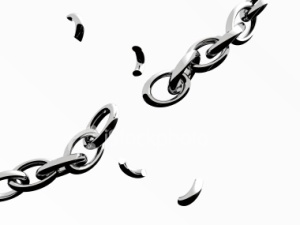 This is going to rankle the hell out of a lot of people, not only teachers, but students as well. Why? Because it ain’t the way things are s’posed to be. Why fix something that ain’t broke? Well, guess what…it is broke. Every teacher who has set himself up as the ultimate authority in a student’s life has only created a whole lot of issues that the student will eventually have to work through, just like most parents do with their children.

The problem with this is that if you see your student as a child, he will behave like a child. He will abandon every shred of common sense that he has learned in his life, prior to meeting you, in order to fit your preconception of him. Instead of getting what he needs in order to live an independent spiritual life, which is ostensibly what you are trying to give him, he will adopt your idiosyncrasies and personal traits, which for him are inappropriate. Why corrupt the good stuff with your stuff? Why inflict that on him?

Here’s why this has become an issue. The Age of Aquarius is bringing in a new level of energy. Spiritual growth is happening faster and more spontaneously. In the words of the prophet, “No man will have to teach his neighbor, saying here is God, for all shall know me from the least to the greatest.” Our task now is to help students cope with what they are experiencing already. God is becoming part of the landscape, as bright as the noonday sun. And most people don’t need to be told what the sun is, do they? They already know. Your job is to help them deal with it.

So, this is it. This is the new program. It doesn’t invalidate what you know, neither does it put the student up on a pedestal. It makes the relationship real. We have always learned from our students, and we always will. Why try to keep that a secret? Deep down, the student knows it anyway. If we hide behind our robes and our rank, all we do is teach him how to pretend. After all, we are not in the business of creating clones. We want to help the student reveal themselves, not mimic us. Thinking that we already know who they are can only lead to cloning. If we think our spiritual sight is that good, we are kidding ourselves. It’s not. Only God knows the true potential of each living soul. Teaching is a process of revelation—for everyone involved.

My name is Michael Maciel, and I have studied the Ancient Wisdom Teachings and symbolism for most of my adult life. In the early 1970’s, I was ordained a priest in the Holy Order of MANS, a service and teaching order of which I was a member for the better part of that decade. I now serve on its Board of Directors and teach regular classes on the Mystical Interpretation of the Bible and the Tree of Life Study Plan, which deals primarily with the practical application of the Laws of Creation. Check out my YouTube channel: The Mystical Christ with Michael Maciel
View all posts by Michael Maciel →
This entry was posted in Lessons. Bookmark the permalink.

5 Responses to The New Teacher/Student Relationship